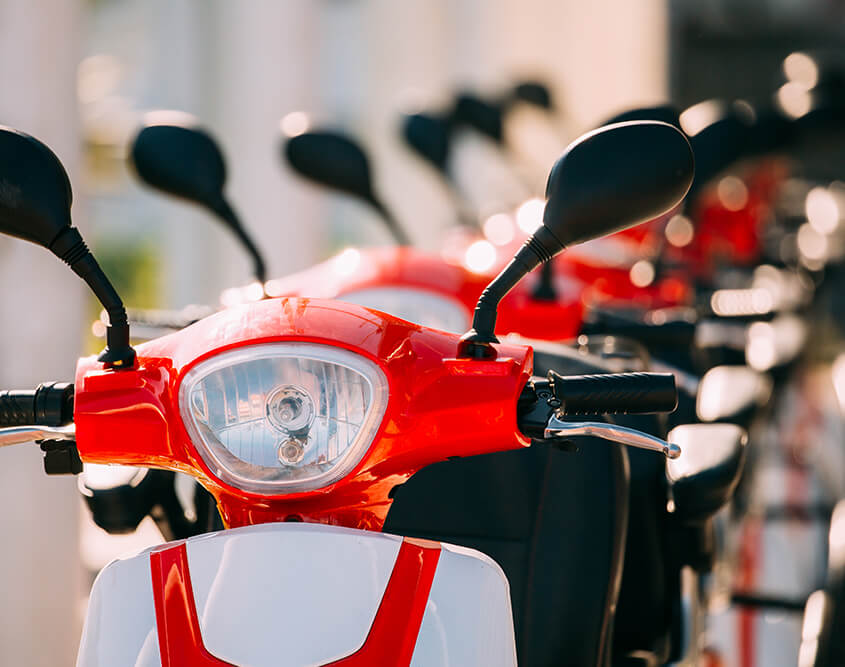 Four Interior Design Principles That You Can Break

An electric scooter or an electric bike can be a great investment for those who don’t want to walk to work or be stuck in traffic. However, just like with any other product, it’s a good idea to do some research before you spend hard-earned money.

In this blog, we will take a look at the main features of electric scooters and electric bikes. Keep in mind that there are a variety of different e-scooters and e-bikes in the market. Depending on the brand that you go with, these features might differ.

Because of this, we’re going to focus on what the average e-scooter/e-bike offers. Hopefully, this will give you a general idea of what to look out for when you’re out shopping.

In terms of capacity, average adult e-scooters sit at around 15-20AH (amp hour) with the voltage ranging from 24-48V. For such batteries, the charge time will usually take six to eight hours. Additionally, there are performance e-scooters that go as high as 30AH/ 60V and children’s scooters that go as low as 7AH/12V.

An average e-scooter with a 15-20AH battery capacity will have a maximum travel distance of between 45km and 60km on a single charge. E-scooters with a capacity of 30AH might be able to take you as far as 80km.

It’s important to note that these numbers reflect the performance of the e-scooter in ideal conditions. In your daily travels, you’re likely going to encounter rough footpaths and roads. As a result of this, the maximum distance that you can reach with an e-scooter might be different than what is stated on-paper.

Speed is usually separated in two categories: restricted and off-road.

The off-road speed or the unrestricted top speed is how fast you can ride your scooter on private property. The average e-scooter will typically have a top speed of 35-45km/h, although some high-performance scooters can be much faster.

Restricted speed, on the other hand, is how fast you can legally go in most public paths. When you buy an e-scooter in Australia, the restricted speed will usually be listed as 25km/h. However, Australia’s states and territories have different laws and regulations regarding this. For example, in Victoria, the maximum speed for e-scooters is 10km/h.

Another factor that you should consider is maximum load. Most adult e-scooters can carry up to around 120-135kg. This number reflects the amount of weight the e-scooter can carry without compromising performance.

It is possible for some e-scooters to carry more weight than what is listed on the product page. However, if you do this, expect changes to how your e-scooter performs. Excessive weight might affect how fast or how far you can go on your e-scooter.

When it comes to e-bikes, the average battery capacity sits at around 24-48V with an amperage of 10-15.

There are also custom e-bikes with batteries that can go up to 72V. However, due to its high power, most jurisdictions don’t classify these e-bikes as ‘traditional bicycles’. For example, according to the Victorian government, bicycles with an electric motor output of 250w (watts) or less are allowed to be ridden in the state. Anything beyond this will not be considered as a bicycle and will need to be registered. The riders of such bikes will also need to be licensed.

Perhaps the biggest selling point of an e-bike is its pedal-assist feature. This is where the rider’s pedalling is assisted by an electric motor. Such e-bikes are sometimes called pedelecs or EPAC (Electronically Power Assisted Cycles).

This feature is important as it affects the distance the bike can travel. You’ll often see the ‘maximum distance’ being listed in wide ranges such as 30-60km or 40-80km. This is because the distance that you can travel with an e-bike depends on so many different factors. This includes battery capacity, motor size, terrain, road conditions and the frequency with which you use pedal-assist. Make sure to consider these factors before choosing an e-bike based on its ‘maximum distance’.

The restricted speed for e-bikes is capped at 25km/h in most Australian states and territories. However, when riding on private property, pedelecs can go as fast as 45km/h.

E-scooters might vary in weight, but they are often light enough to carry around inside a building or up a flight of stairs. E-bikes, however, are considerably heavier. Typically, they fall between 23-27kg. Because of this, you need to know how much your e-bike will weigh after adding accessories or modifications.

Let’s say, for instance, that you decide to switch to a lead-acid battery for cost purposes. This additional weight might have an adverse effect on your bike’s top speed as well as your ability to carry it.

Additionally, most e-bikes can carry up to 135kg in weight.

Here is a short summary of e-bike and e-scooter laws in Victoria according to the RACV and the Victorian government.

Since these are such complicated devices, it would be impossible to discuss all the relevant details. That being said, this brief guide should give you a good idea of what to look out for when buying an electric scooter or bike. There are plenty of products to choose from. So make sure you do your research and purchase the one that meets your personal needs.

Four Interior Design Principles That You Can Break

Turf Vs Grass: which is Better for Sports?