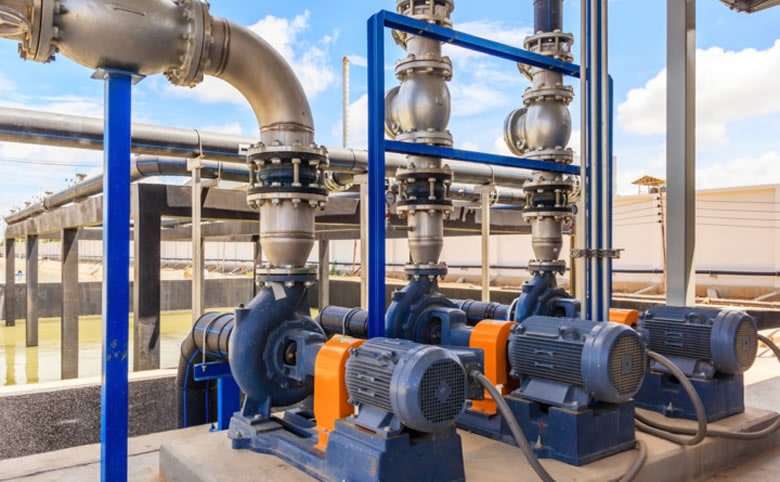 A variable speed drive (VSD) can provide a number of real benefits in commercial and industrial pumping applications. Pumping systems nearly always require some variation in the flow rate. However, the pumps themselves are generally designed to operate at a single capacity. That means that the pump will always be operating at its maximum capacity, regardless of the demands of the system. As a result, pumps can often work harder and use more power than the system actually requires.

There are four common methods of matching the pump’s flow rate to the system requirements: throttling, bypassing, on-off control and VSD control.

And that brings us to VSD control. A VSD can match the pump flow to the system requirements by speeding up or slowing down the speed of the pump. It can significantly reduce both energy consumption and maintenance costs in a pumping system, reducing lifecycle costs as well as increasing the operational efficiencies, system versatility, and making it easier to find a pump suited to your requirements.

The most commonly used VSDs in pumping applications are variable frequency drives (VFD). A VFD controls an electric pump motor by varying the frequency and voltage supplied to the system.

VSDs can be installed in new pumping systems or retrofitted to existing systems.

Let’s have a closer look at the benefits of variable speed drives for pumping systems.

There are three main lifecycle costs for a pump: initial investment, energy and maintenance. Initial investment can include the upfront purchase cost of the unit, as well as installation and commissioning.

Energy consumption and operation account for about 90% of the cost of owning and operating a pumping system. Repair and maintenance costs make up the remainder and can also include downtime costs, productivity losses and decommissioning and disposal costs.

While a VSD will increase your initial investment in a pumping system by increasing purchasing, installation and commissioning costs, it will significantly reduce the pumping system’s energy, repair and maintenance costs. A VSD will quickly pay for itself and continue generating savings over the pump’s working life.

As already mentioned, energy consumption represents the vast majority of the cost of pump operation, accounting for up to 90% of operational costs. With a good VSD system in place, you can reduce energy consumption in a pumping system by 20% to 50%.

Pumps are generally sized for maximum load capacities. However, pumping applications will usually have variable flow or pressure requirements. That means that when system requirements are below maximum, the pump will be using more energy than is needed to do the job.

A VSD can reduce the speed of the pump to bring it into line with the system requirements, ensuring optimal operational efficiency. Effectively, the VSD changes the pump curve to match changes to the system curve and ensure that the pump operates within its ideal range. In line with affinity laws, pump energy consumption will drop significantly as the pump speed is reduced.

Reduction in Repairs and Maintenance

Another significant cost component in pump operation is repair and maintenance. Besides the obvious cost of parts and labour, there are also the associated costs of downtime and lost productivity.

A VSD can reduce maintenance and repair costs in pumping systems in a number of ways. In general terms, using a VSD with your pumping system reduces stress on the pump and ensures it’s only working as hard as it needs to, and this means less repairs and maintenance. While there are higher up front costs associated with installing a VSD system, it should be viewed as an investment in preventative maintenance.

A VSD can be used to gradually ramp up or slow down a pump, reducing the risk of sudden water pressure or velocity changes. These changes can lead to hammer effects and cavitation, which can seriously damage a pump.

Hammer effects are caused by a rapid increase in water pressure in a closed pumping system. It usually occurs during the sudden start up or shut down of a pump (i.e. on-off control) or the sudden opening or closing of a valve (i.e. throttling). This can cause a shock wave that can overstress the pumping system, damage pipes and valves and cause leaks. A VSD can be used to control the start-up and slow down of a pump, thereby reducing the risk of hammer effects.

Another common cause of damage to a pumping system is cavitation. This involves the rapid and violent creation and collapse of air bubbles in the pumping fluid. The force can be strong enough to pit metal, damaging the pump’s metal components and seals. A VSD can be used to monitor and control the pressure within the pumping system, reducing the risk of damage caused by cavitation.

When designing a pumping system, your choice of pump will be based on a variety of factors including pressure, head, flow rate, volume, fluid temperature and the type of fluid being pumped.

Often, your choice of pump will be determined by the maximum flow and head, with an appropriate safety margin factored in. Since it’s difficult to estimate the system requirements ahead of time, unnecessarily high safety margins are often factored in. This causes additional operational costs if the required flow and head are lower than estimated.

Using a VSD allows you more flexibility in your choice of pump. With a VSD you can run the pump at lower speeds, thereby reducing operating costs to only what’s necessary to adequately power the system.

There are plenty of legitimate reasons to implement a VSD control system into any commercial and industrial pumping application. Once you’ve made the choice to have a VSD installed, the next step is selecting the VSD system that’s right for your pumping application. But that’s a story for another day.