Five Reasons to Get a Flu Shot 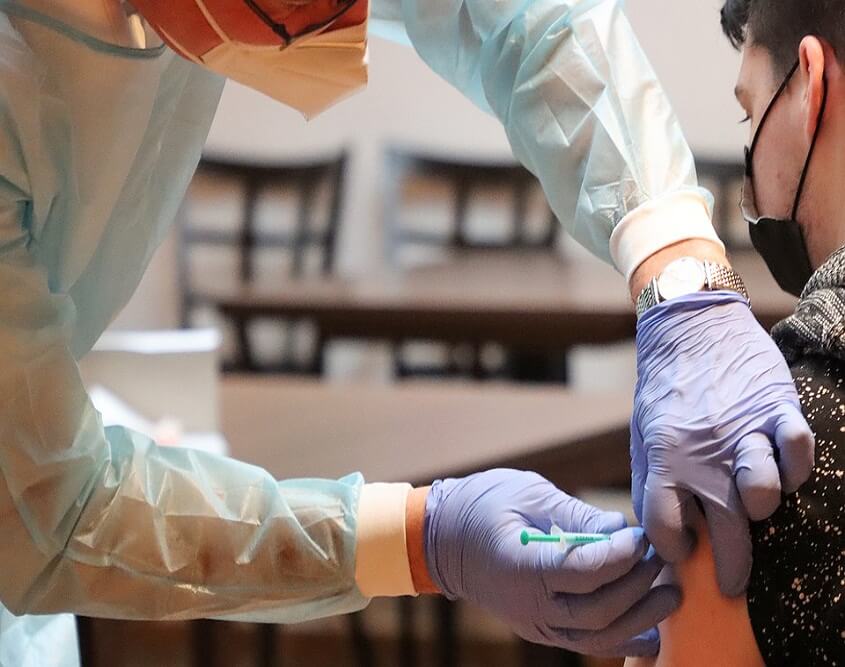 Influenza, or the flu, is a highly infectious disease that can cause mild to severe symptoms including fevers, headaches, sore throats and muscle pain. While few hospitalisations and deaths in Australia are associated with influenza, a study in the peer-reviewed journal Vaccine concluded there are more hospitalisations and deaths caused by the flu than are officially reported. This is mainly due to the complexity of influenza in terms of its laboratory diagnosis.

Fortunately, there are plenty of bulk billed doctors who administer influenza immunizations for free. But despite this, there are still Australians who choose not to get their annual flu shot. This is often due to misconceptions about the severity of flu symptoms as well as the efficacy of the vaccine.

Hopefully, in this blog, we can clear up some of the confusions surrounding influenza and its vaccine. So, here are five reasons to get a flu shot.

A flu shot can be used as a preventative measure to protect those with existing conditions from worsening symptoms and possible hospitalisation. For example, according to the Centers for Disease Control and Prevention (CDC), a flu shot can lower the risk of cardiac events for those who have heart disease. It can also reduce the risk of hospitalisation for those with chronic lung disease and diabetes.

Even if you don’t get hospitalised, the flu can exacerbate symptoms to the point where you can’t attend work or school. This can disrupt people’s daily routines and, for some, their regular income.

By getting a flu shot, you’ll be able to avoid further health complications due to influenza as well as avoid unforeseen time-off from work or school.

Without control measures, the flu can easily spread within your family. The simple acts of coughing, sneezing or even talking can cause the virus to spread to multiple people.

When you get your flu shot, you significantly reduce your risk of illness. As a result, you also reduce the risk of infecting others with the flu. This is a huge benefit if you have loved ones who are vulnerable to the severe symptoms of influenza. This includes anyone under the age of five, over the age of 65 or some who has existing health conditions.

Also, by getting immunised, you’re not just protecting your family, you’re theoretically also protecting thousands of other people. If enough people get vaccinated from the flu, the virus is much less likely to spread across your community. This concept is called herd immunity.

One of the biggest complaints about flu shots is that they ‘don’t work’. Some people may find that after getting vaccinated, they can still come down with the flu. And it’s true. A flu shot cannot fully protect you from the virus. In fact, CDC estimates suggest that flu shots are only 40-50% effective against the virus.

However, one thing that people overlook is the fact that flu shots can reduce the severity of your symptoms. For those who work or go to school, this is a huge benefit. For instance, if you come down with the flu, a flu shot could be the difference between being sick for one day compared with missing an entire week of work.

New strains of the flu virus get circulated around Australia (and the world) every year. Because of this, you need to make sure that you get the latest vaccine that protects you from the specific strain of influenza that’s circulating in your community. This is why it’s recommended that you get a flu shot annually.

Though it won’t directly help with COVID-19, getting the flu shot will help lessen the confusion between corona virus symptoms and the flu. For example, if you’ve had your flu shot and come down with severe flu-like symptoms, you can reasonably conclude that you have contracted COVID-19. With this information, you can get tested and immediately self-isolate with no delays or hesitations. If you happen to test positive, your actions would have prevented COVID-19 from spreading further.

Every year, Australia goes through a ‘flu season’. This is when the colder months between April and September lead to an increase in influenza cases in the community and a corresponding increase in the mortality rate.

In particular, those who are older are more at risk of dying from complications due to influenza. The 2008 Vaccine study states that for Australians over the age of 65 the annual excess mortality attributed to influenza is 116.4 per 100,000 Australians. Excess mortality refers to the number of deaths that were not foreseen in the expected mortality numbers.

According to the CDC, children under the age of five are also vulnerable to hospitalisation and/or death due to complications of influenza. If you’re a parent, it’s recommended that you give your child flu shots after they’ve reached six months of age (as per CDC).

Even if you’re not in those age brackets, it’s still recommended that you get a flu shot for the reasons mentioned above. Those were just a few reasons to get the influenza vaccine. It’s a low-risk act that can protect you from a range of serious consequences. Visit your GP today and talk to them about getting your annual flu shot.