Turf Vs Grass: which is Better for Sports? 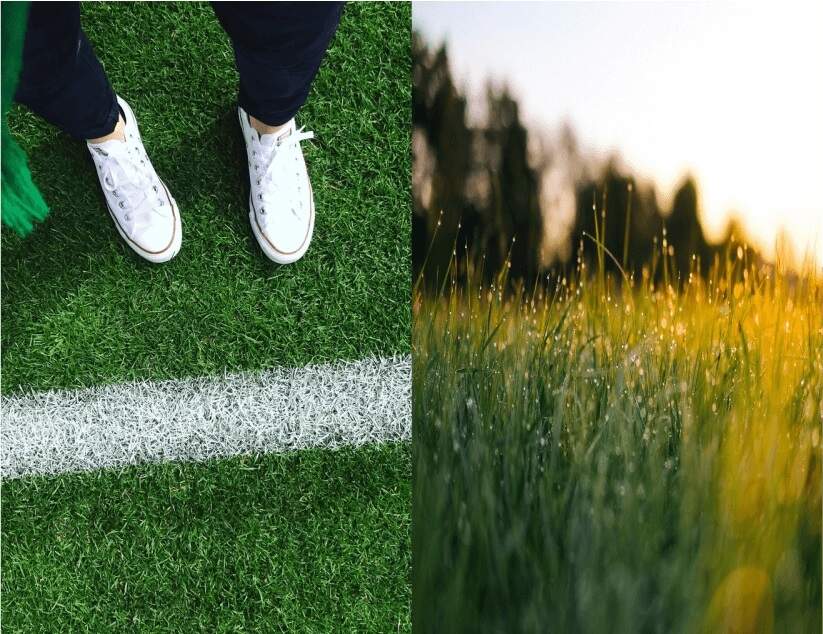 If you need to build a sports field, you’ll need to ask yourself a number of important questions. For example:

how big is the field?

Is it going to be used by professionals or students?

How much maintenance will need to be done on a weekly basis?

But perhaps one of the most significant questions that you’ll face is this: turf or grass?

If you’re a part of an organisation like a local sporting club or a school, the answer to this question is extremely important. Not only will the new field affect the financial standing of the organisation, it will also have implications on the health and safety of its users.

To help you decide, here is a quick overview of the pros and cons of both natural grass and artificial turf.

Since major sporting organisations have the time and resources to properly maintain natural grass, it’s a common playing surface for large sporting events. For example, AFL, rugby union and cricket games in Australia still feature natural grass fields. Tennis, on the other hand, is still using natural grass in some cases but has seen a significant shift towards synthetic turf in the past few years.

Generally speaking, natural grass provides a little bit more cushioning for the players. Though this might seem trivial, it’s important to remember that professional athletes train and play on these surfaces on a regular basis. Without this cushioning, they might be putting unnecessary strain on their bodies.

In this aspect, natural grass is safer for athletes to use, especially if the sport involves making contact with the ground on a regular basis (i.e., rugby union and gridiron football).

Creating a natural sports field will have a lower upfront cost compared to most synthetic turfs. However, natural grass is significantly more expensive to maintain.

You have to make sure the field is mowed, trimmed, fertilised and aerated. In addition, you also have to remove built-up thatch and growing weeds to ensure that the surface is suitable for sporting events.

If it rains, your natural field will inevitably become muddy and soft. Not only does this make the surface more hazardous for players, it also increases the amount of maintenance work that you have to do.

In some cases, the field can become so muddy that the game has to be called off. Typically, this happens when the uneven surface of the field significantly affects the direction in which the ball travels.

In a school setting, a synthetic field is usually the best solution. Firstly, schools typically don’t have the time or resources that major sporting organisations have. As such, it would benefit them to have a sporting field that doesn’t require a lot of maintenance.

This becomes even more important when you consider the fact that the field is regularly going to be used by students on a daily basis. Since artificial turf is slightly less prone to damage, the groundskeepers won’t have to worry about maintaining the field day in and day out.

Rain or shine, your artificial turf is going to look good all year long. You don’t have to worry about muddy fields, weeds, thatch and other unsightly problems.

This can be a huge benefit if aesthetics is important to your organisation. Maybe a school wants to keep a clean and sharp image. Perhaps an organisation wants a smooth field to showcase advertisements and sponsors.

Whatever the case might be, synthetic fields are your go-to when it comes to aesthetic appeal.

According to a survey by the National Football League Players Association (NFLPA), around 91% of NFL players in 2010 believed that artificial turf leads to more soreness and fatigue in comparison to natural grass.

In 2020, NFLPA president and NFL centre JC Tretter, called on the NFL to change all playing surfaces to natural grass. In his open letter, he stated that ‘artificial turf is significantly harder on the body than grass.’

From this, we can argue that professional athletes are able to feel the effects of playing on artificial grass due to the intensity of their movements as well as the frequency with which they play.

So, if your field is going to be used by professional athletes whose livelihoods depend on the health of their bodies, artificial turf might not be the best choice.

As a direct contrast to natural grass, synthetic turf usually has a high upfront cost. If you don’t have the budget for it, you might not be able to afford a full-length synthetic field. If you need logos and other marketing assets on the field, it will cost you significantly more as well.

That being said, synthetic turf does have lower maintenance cost. This is because turf doesn’t need to be mowed or fertilised. It does, however, need to be cleaned on a regular basis.

If you have any questions about the pricing or properties of synthetic turf, don’t hesitate to contact your local supplier. They should be able to advise you of the best type of turf for budget and business requirements.

How To Get The Most Out Of Your Hydroponic Grow Tent

Why You Should Switch To Solar Garden Lights