What are Pneumatic Directional Control Valves? 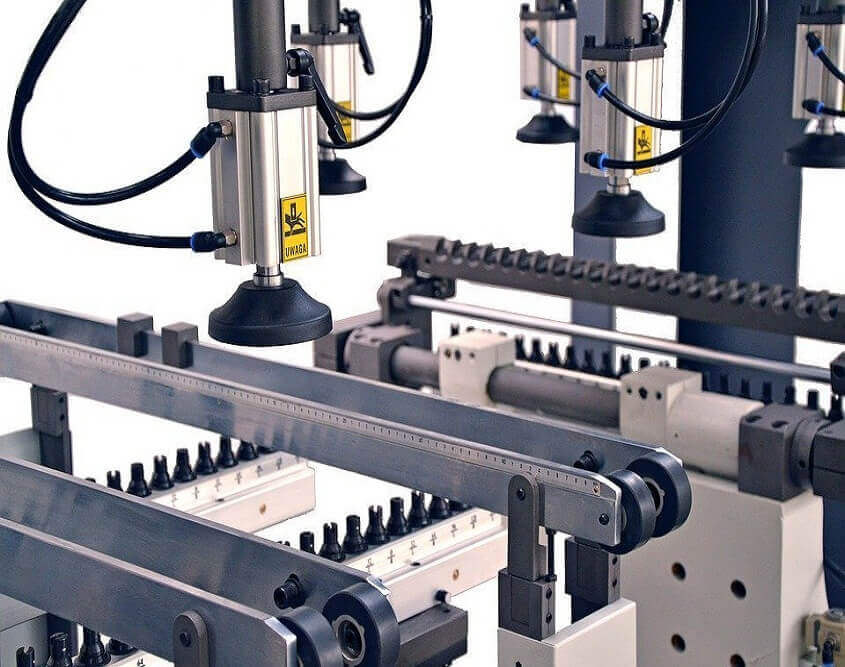 Pneumatic valves are used to control the airflow within a pneumatic circuit. Pneumatics simply refers to the use of compressed air to create power. Besides controlling the direction in which the air flows, some pneumatic valves can also control air pressure as well as the rate at which the air flows within a system. These valves are used across a variety of industries and are generally used in power tools, industrial vehicles and heavy machinery.

It’s important to note that the term ‘pneumatic valve’ has two distinct uses. The first use of the term refers to valves that use compressed air to control the flow of other fluids. This type of pneumatic valve is sometimes referred to as a pneumatically actuated valve. The second use refers to valves that control the flow of compressed air via manual, electromagnetic (solenoid valves) or pneumatic means. These types of valves are generally referred to as pneumatic directional control valves (DCVs).

In this blog, we will be mainly focusing on the second type of pneumatic valve.  For the sake of simplicity, we will be referring to these valves as DCVs or simply pneumatic valves. We will discuss how they work and explain their most common applications.

To fully understand how a pneumatic valve works, you need to be familiar with its different classifications. Pneumatic valves can be categorized via a variety of factors. The most common way to classify a pneumatic valve is by looking at the number of inlet and outlet ports that it has.

With this in mind, we can categorize DCVs into three major types: two-way valves, three-way valves and four-way valves.

A two-way valve has a pressure port and an outlet port. The pressure port is connected directly to the compressed air source. This is where the flow originates. Meanwhile, the outlet port is connected to the actuator, which is the component that controls a mechanism within the pneumatic system. In the case of pneumatic DCVs, the actuator is typically an air cylinder.

A three-way valve has the same ports as a two-way valve but with the addition of an exhaust port. This exhaust port leads into the open atmosphere.

The addition of the exhaust port makes the three-way valve perfect for single-acting cylinders. When the valve is opened, the air flow pushes the cylinder piston against the spring, thus extending the cylinder rod. When the valve is turned off, the spring pushes the piston back, sending the compressed air to the exhaust port and thus retracting the rod.

As with the three-way valve, the airflow from outlet B will push the piston forward and extend the rod. However, when the DCV reverses the direction of the flow path, the air will begin to flow from the other end of the cylinder. This will push the piston back to its original place, thus retracting the rod.

In manufacturing settings DCVs are commonly used to power automated machines. This includes machinery that does clamping, gripping, pressing, positioning and stacking. Indeed, for repetitive mechanical movements, the use of compressed air is much more reliable and more cost-effective, especially when compared to electricity. This is because manufacturers can easily source air from the atmosphere.

Additionally, once the air has been used, it can simply be released back into the atmosphere. This process won’t produce pollutants or harm the environment in a major way. This makes pneumatic systems an eco-friendly option for manufacturers.

Pneumatic systems are relatively safe from explosions, can endure the harshest of conditions and uses a reliable source of energy. Because of this, pneumatic systems and valves are incorporated in nearly all mining vehicles and tools. Pneumatic systems help with various mining operations including exploration drilling, agitation, smelting, blasting and ventilation.

The air compressors that you use to pump up your car and bike tyres use a pneumatic system as well. Simply put, these devices take pressurized air and store it in a tank (or in a tyre) as potential energy. Pneumatic systems and valves are also used in various irrigation tools, cleaning tools and farming equipment.

How to Maintain Line Markings

What is Precast Concrete?

5 Ways You Can Improve Warehouse Efficiency