What is Electronic Fuel Injection? 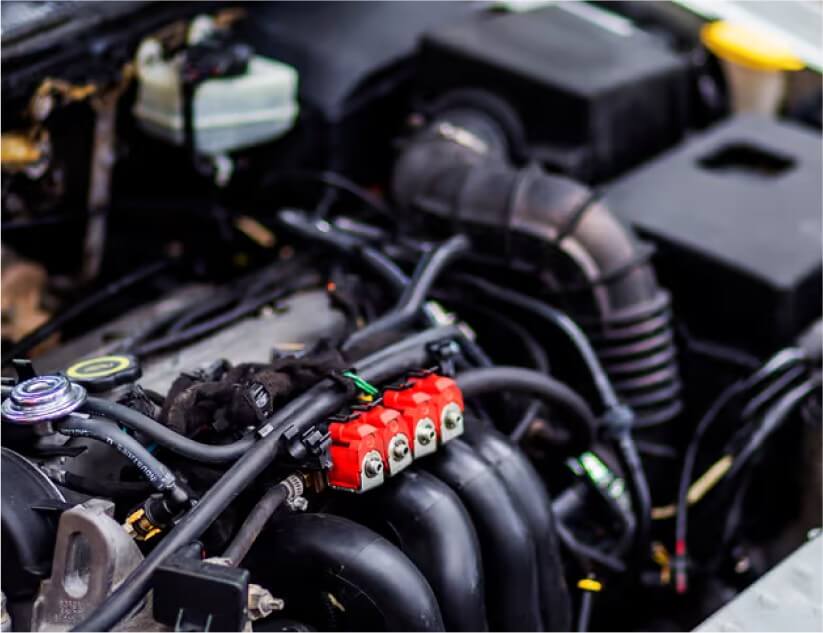 Before the early 1990s, a mechanical device called a carburettor was used in vehicles to mix air and fuel for internal combustion engines. However, when catalytic converters became commonplace, car manufacturers suddenly needed a more precise way of feeding fuel into engines. Because of this, the carburettor was eventually replaced with an electronic fuel injection (EFI) system.

In this blog, we’re going to take a deeper dive into the EFI system. We’ll discuss how it works and why it has become a vital part of modern vehicles. In addition, we’ll also talk about its main advantages over carburettors and the importance of EFI servicing.

Why is electronic fuel injection necessary?

In order to remain functional and efficient, a petrol engine needs to be fed with precise amounts of fuel and air.

Too much fuel will cause your car to run ‘rich’, meaning the engine is receiving a lot of petrol and not enough air. This can cause excessive fuel consumption, low mileage, slow acceleration and unpleasant odours.

On the other hand, not enough fuel will cause your vehicle to run ‘lean’. This means it’s getting too much air and not enough petrol. A lean-running engine can cause stalling, problems with starting the car, low power output and just general poor performance.

To avoid such issues, most car manufacturers in the early 1990s began to replace the mechanical carburettor with a more precise EFI system. The widespread use of EFI systems also resulted in improved performance, better mileage and better engine reliability.

A carburettor is a mechanical device that is composed of a vertical air tube (sometimes called the venturi tube) and a horizontal fuel pipe that’s attached to one side.

The vertical metal tube has a narrow portion at the centre called the venturi. As the air flows through the tube, the venturi causes an increase in speed and a decrease in pressure. The lower pressure creates a sucking effect, which then allows the carburettor to draw petrol from the fuel pipe.

An electronic fuel injector is essentially a solenoid valve with a small nozzle at the end. Inside the injector, there is a plunger that controls the amount of pressurised fuel that flows through the nozzle. Through the use of an electromagnet, this plunger can be remotely opened and closed by the engine control unit (ECU).

As it passes through the tiny nozzle, the fuel is then atomised and turned into a fine mist. This allows the EFI system to be more precise with the amount of fuel it injects and it also allows the fuel to burn easily.

EFI systems can automatically adjust the amount of fuel it injects through the use of various sensors. The mass airflow, oxygen, throttle position and voltage sensors allow the ECU to adjust the EFI’s input with efficiency and accuracy.

Advantages of a fuel injection system

One of the biggest advantages of an EFI system is its ability to reduce fuel consumption and gas emissions. Due to the ECU’s sensors, an EFI system is able to continually make adjustments and to make sure that only the precise amount of fuel is injected into the engine. This accurate delivery of fuel is able to reduce consumption by up to 25% and reduce gas emissions by up to 20%.

EFI-based engines are also easier to start compared to their carburettor counterparts. Through the ECU and its sensors, EFI systems are able to calculate the right amount of air and fuel that’s required for both cold and hot starting.

EFI-based engines, on the other hand, have a lower risk of running lean or rich. This increases the engine’s lifespan, improves reliability and reduces the need for maintenance work.

That being said, EFI systems still need some care and attention. To ensure that your engine is running optimally, be sure to get a reliable car mechanic to inspect your EFI system every now and then.

This was just a quick guide on electronic fuel injection systems. If you’re noticing any issues with your EFI or if you just want to ensure that everything is working properly, be sure to visit your local car service centre as soon as you’re able. In the case of automotive problems, it’s always better to fix the issue as early as possible.

How to Replace Your Car Battery

Why the Engine Cooling System is So Important

How to Extend the Life of Your Tyres