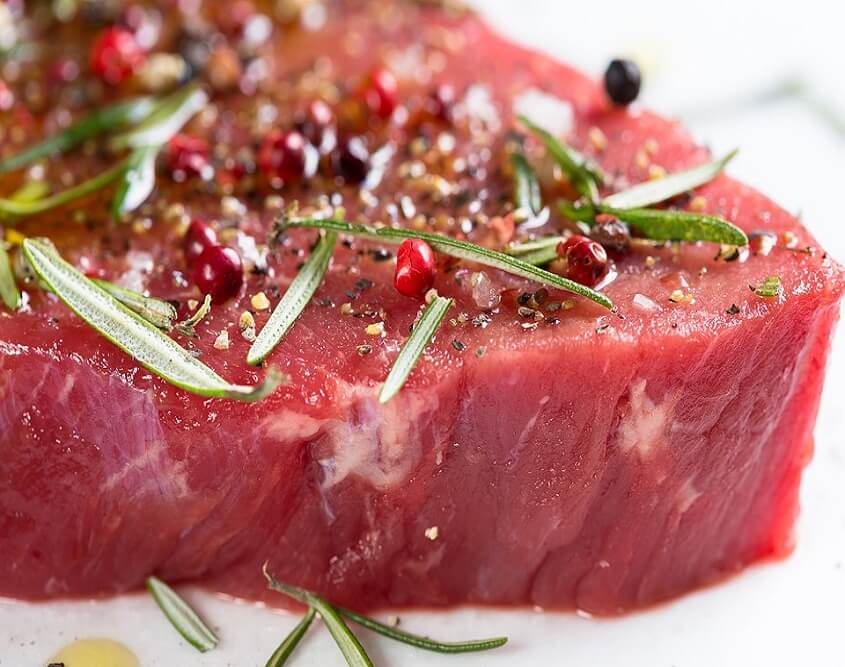 Meat production has a massive effect on human health, animal welfare, and the environment. So making informed, ethical and healthy choices when it comes to buying and consuming meat is essential. Choosing organic meat and poultry is a great way of ensuring that the meat you buy is top quality and sustainably farmed.

But what is organic meat? How is it different from non-organic meat and what are the benefits? Well, let’s find out.

What does organic mean?

Organic foods have been grown, harvested, stored and transported without the use of synthetic chemicals, irradiation, fumigants or genetically modified additives or elements. Organic foods are not necessarily free from all synthetic chemicals since traces will always be found in soil, water and natural fertilisers. However, chemical residues will be significantly lower than those found in non-organic foods.

When it comes to organic meat, the livestock must be given organic, hormone- and GMO-free feed. The animals aren’t treated with antibiotics or chemical medications to prevent disease or fed growth-regulating drugs, steroids or hormones to increase size or yield. Instead disease is prevented through the use of natural methods such as clean housing, rotational grazing, and healthy diet. Organic livestock must also be given access to the outdoors and not housed in cages or feedlots.

In Australia, before meat or other foods can be marketed and sold as organic, the producer must first be certified organic. However, use of the word “organic” is not regulated so it’s important to ensure the product is certified organic, rather than just claiming to be organic.

While there is no one legal definition of “organic”, there are a set of government standards that must be met for a food or a producer to be certified organic. Organic farms are only certified after they have been operating according to organic principles for three years. Organic certification ensures the integrity and traceability of an organic food product from “paddock to plate.”

There are a number of organic certification organisations in Australia including:

Better for the environment

Organic farming is as concerned with protecting the environment as with producing healthier and better quality produce. Organically produced livestock are fed on pasture, grain and other feeds that are grown organically and free from synthetic chemicals, hormones and GMOs. This means that fewer environmentally harmful chemicals are allowed to leach into the soil during the growth and harvesting of the feed products.

Meat and poultry contain protein, which is important for growth and development, and other nutrients your body needs, such as iodine, iron, zinc and vitamin B12. While studies have shown that the nutritional differences between organic and non-organic foods are minimal, some research has shown the organic foods tend to have:

Organic foods can also be free from or have extremely low levels of synthetic hormones and chemical additives and preservatives, GMOs, antibiotics, pesticides and other chemical residues.

Additionally, the animals are cared for using natural methods rather than chemical antibiotics and medications. Farmers tend to focus on proactive and preventative healthcare which means better care for the animals, and less use of chemicals, growth-regulating drugs, steroids, hormones or antibiotics. At the end of the day, the obvious downside to choosing organic meat is the price. Because of the smaller scale of production and complexities involved with producing organic meat, the cost is going to be significantly higher. However, when you way up the environmental, health and animal welfare benefits against the few extra dollars you may be paying at your organic butcher, it’s worth making the switch.